The No Bullshit Guide Hip Hop Demographics, Part One 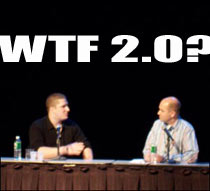 Did you know that even the biggest record labels on Earth right now are scrambling, just as much as you and I are, to figure out what’s going on? “Demographics” sounds scientific as all hell, I know, but it was mostly (over)educated guesswork right up until the past five years or so. Thanks the the growing science of data mining, and the explosive growth of consumer databases to mine, demographics is starting to resemble actual math based on reality.

As we learn to tame the flood of new information and make sense of the patterns, the real demographics of hip hop are finally starting to emerge:

The global hip hop community: twenty four million people between the ages of 19-34, from a range of nationalities, ethnic groups and religions. Their collective spending power is $500 billion annually in the U.S. alone.

That’s from a Tech Crunch article on a “hip hop culture” effort from Accel Partners and Russell Simmons called Global Grind.  It’s one of over a dozen conflicting but authoritative-sounding estimates that I’ve found in the course of researching this article.

As much as I’d like to just give you the numbers, I can’t do that. Information is power, and the corporations who own these databases are in no rush to make their information public.  The waters get murkier when multiple, rival consultant firms, like Ypulse for example, issue conflicting (and insanely expensive) “White Paper” reports.  These reports are based on taking a small body of private research and extrapolating those numbers to fit a vastly larger sample: usually the entire consumer base of the United States. This obviously leads to some very suspect numbers, so we’re left with an incomplete puzzle.  Rather than give you conclusions, I’m going to give you all the available resources in one place.  This is an exploration, not a simple answer.

Did you know that 37.1% of 15-25-year-olds in China love hip hop? Remember, that figure is from yet another expensive white paper, but it’s worth thinking about.  According to Chinese government statistics, the 15-29 demographic makes up 22.8% of the population.  Considering we’re talking about China here, that’s around 296 million-in other words, a core hip hop demographic about the same size as the entire United States.  Food for thought, and also a much larger figure than the “24 million” that Russell Simmons was pushing earlier.

Yeah, everyone knows that the majority of hip hop listeners are rich white kids in high school, if not younger.  What’s also fascinating is that nobody can back that up with any information whatsoever.

Normally, I’d make an impassioned plea for people to stop being dumb, but I’d actually like to encourage it. Your laziness and gullibility will make my own success that much easier, and I thank you.  Audible Hype, of course, is written for the smart kids.  Finding accurate, detailed information about the demographics of hip hop and the raw numbers behind the record business is not simple.

…but it is possible.

Davey D has been a shining example of hip hop journalism for a long damn time, and he said it straight: “The truth of the matter is that this 80% white Hip Hop fan myth has long been a nice marketing tool used by media corporations to justify ad revenues for Top 40 radio stations.” His article on this myth is a beautiful beat-down and very much worth reading. 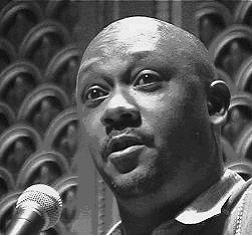 It started in 1991 when Newsweek Magazine did a cover story on Gangsta Rap and in their article they put out an un-researched statistic that said 80% of Hip Hop’s audience is white and that its reflected in record sales. That stat has been bantered about ever since as an undisputable stone cold fact.

…Top 40 stations had this Newsweek quote along with their CHR status that they could present to ad buyers. Essentially they were able to say, ‘yes we’re playing Public Enemy, NWA and 2 Live Crew, but this is what the mainstream (white audience wants). Look at this Newsweek article. It’s proof positive that 80% of the people who like this aggressive music are the main ones purchasing it.

What wasn’t really publicly known or even taken into account was how Asians were classified when it came to radio ratings. They were always counted as white people.

As you can see, this brings us back to corporations and private databases.  Once you start a culture of competitive intelligence, you’re creating a powerful incentive for disinformation as a strategy.  This leads to headaches.  Since we’re dealing with a hall of mirrors and conflicting opinion, let’s get some clarity, shall we?

When you’re dealing with a massive system of unknown size, it’s helpful to start with the extremes.  For instance, on a planet with over 6 billion humans, you can rest assured that over 70% of them cannot afford to buy enough food, let alone your album, so we’ve already whittled things down considerably.  Canada has 33 million people, the UK has over 60 million, and America is past 300 million humans, mostly overweight people with horrible taste in music.  All told, that’s a potential audience of just under 400 million people-but how many of them like beats and rhymes? 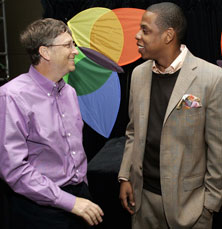 As it turns out, it’s hard to even get a straight answer on what the best-selling hip hop album of all time was.  According to most sources, it’s still MC Hammer’s timeless masterpiece “Please Hammer Don’t Hurt Em,” which moved 20 million copies. The fact that Eminem’s Marshall Mathers EP sold 21 million copies would seem to deny Hammer’s claim to anything but novelty status.

Let’s not be intimidated by huge numbers, though. Music is a big landscape with a lot of money flying around.  Wu Tang Forever sold 8 million copies and they can still go on world tour whenever they want, with $40 ticket prices in most cities. Dudes like us are just trying to fill up local venues and turn a profit off a hobby, and that’s a much more attainable goal.

Up next, I’m going to be taking a look at hands-on demographics for underground hip hop artists.  In the past decade, we’ve seen a new standard of success emerge-not exactly superstars, but sure as hell not broke, either. We’ll call it “Underground Famous.”

Meanwhile, here’s some tools and information for you to keep doing your own research.  I’m also highly interested in any feedback and pointers the readers have got.  Thank you for your time.

Bruce Warila of Unsprung Media maintains a list of music industry facts and figures, a pipeline of important and current data, complete with citations.  Thank you, Bruce.

The Hip Hop Demographic Project is a worthy, and especially thought-provoking, contribution to the study.

The entire demographics archive over at Pro Hip Hop is a mixed bag with a great deal of gems.

And of course, enjoy the bounty of Wikipedia: Marketing Research * Market Segments * Competitor Analysis * and if you’re really ready to dive in, Consumer Theory.