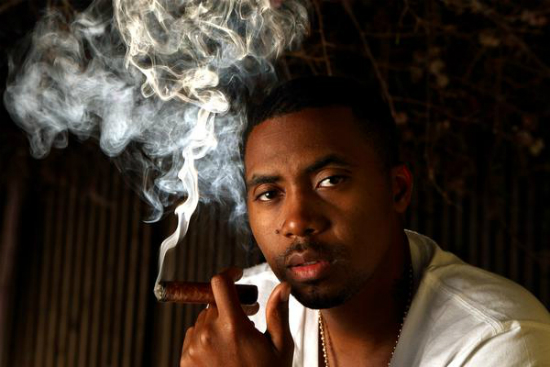 Now, everything is free, cheap, and fast. And everyone wants everything for nothing. How has music survived? Most of the old guards have not. The myth is that we all have a fair shot now, that the internet has provided a great democracy of choice, that having access to every song and video ever made with the touch of a smartphone screen makes it easier to make a career out of music. Not true. 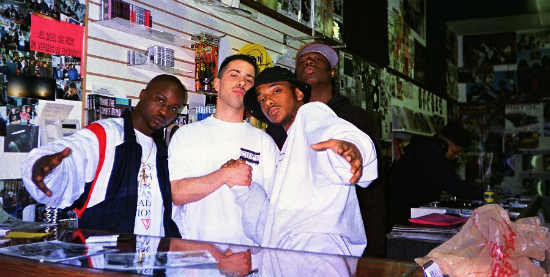 We used to create great music, get discovered, and the labels would spend the money. They paid for the studio time, the radio placements, the videos, the CDs/records/tapes. Sometimes they even paid for the drugs, women, and rehab treatment. But now everyone is an independent contractor. Yes, the middle man between Artist and Record Buying Public has finally been slaughtered. So why are only a handful of people still breaking through?

Make something that everyone sees, easily, and attach a narrative to it. How do you do that?

You spend money. That’s it. No one goes out to shows anymore to discover the fresh new talent. No one is scouring YouTube or Bandcamp to find that incredible subterranean songwriter. We are going to big sites that generate content to get more content that they approve. There’s no longer 6 major labels controlling all the music out there. It’s 10 different blogs. There is no such thing as “organic” when it comes to successful “out of nowhere” internet sensations. Someone got paid to put that person in front of you and 50,000 other eyeballs on that high profile blog.

Stop toiling. Stop waiting for album number seven to put you over the top. Invest in yourself. The game has changed, but the most important people are still getting paid. The difference is that it’s not just major labels paying them anymore. YOU CAN PAY THESE PEOPLE AND GET ON.

Here’s what you need:

1. Hire a publicist. You can live without a publicist if 1) you have an incredibly savvy sales attitude and strong marketing background already (see: Mickey Factz) 2) you have a group of eager fans, friends, family, or community who will champion your brand on their own consistently or 3) nope…that’s probably it. Simply put, if it’s not being seen, it doesn’t exist. A publicist’s job is to make sure you are being seen, whether it’s on big name blogs, small time blogs, internet radio interviews, small features in print, etc. And publicists can work on almost any scale. You want to push 1 single? How about a 6 month album campaign? You can spend a couple hundred bucks or several thousand dollars. This is very reasonable. It’s always better to have someone speaking on your behalf. This is what you are buying. It doesn’t look official when you’re pushing your own product to the gatekeepers. Fortunately, there’s other people who have made that their profession and are really good at it. Pay them. Look up some of your favorite artists, then dig deep and find out who their publicist is. It’s not hard to do.

2. Buy big name features. Think of big name rappers or producers as assets, then size up the market. With Twitter, you are 5 minutes away from getting a price quote from your favorite artist (within reason). Artists are people too - they have bills have to pay. The rap industry of the late ‘90s, when Redman used to charge over $20,000 for a verse, is dead and gone. You’d be surprised what you could get for under $1,000. It looks like a lot of money. But you are buying visibility and association. Maybe you want to spread out $1,000 and get a beat from someone for $500 and a verse from someone else for $500. Now you’re buying two assets. That’s two songs that will do more for you than having your homie who nobody knows giving you free beats on one track and your man who nobody knows rhyming on the other track. And most rates from artists are negotiable. Just don’t be insulting. If someone wants $1,000 for a verse, don’t counter with $250. Respond with $750 and see what they say. This is a business. Nothing is set in stone.

3. Co-signs mean everything. That’s an important way to think about it; getting “name” artists means you’re guaranteeing an audience for your material. It’s the oldest trick in the book, but it still works. Which of your favorite artists got on completely by their own merit without any association from someone who was already successful? Getting co-signs means tapping into a built-in fanbase rather than building up your own fanbase. Some artists have fanbases built from the ‘90s. That’s 20 years of loyalty. Some are now major label castoffs who have benefitted from million dollar major label budgets and have still remained active, albeit independently. That’s major marketing money invested by a corporation. They knew what they were doing, even if the situation crumbled. The point is that they have an allegiance with THOUSANDS of people. Even if you only get a fraction of their fans interested in you, it gives you more credibility and more potential fans then you had beforehand.

4. Timing is important with your assets. You buy a big name feature. You hire a publicist to push the song. The best way to maximize these resources is to tie in your product with something else that is already in motion. For example, let’s say you have a beat from Large Professor. He just dropped an album, which means he’s going to be getting a lot of publicity to spread the word. People want to know more about him and his project. This would be a great time to put out your song with him. All of his press, which is also paid for, will trickle down to your song and open up doors faster and wider. Getting a known rapper or producer to work with you, then dropping the song when they’re in between projects still helps, but they’re not on people’s minds as much as they were when they were on their own promo push. Momentum and timing should be on your mind - you can buy someone’s name when they’re cold, but it’s better to drop it when they’re heating up again. It’s good for them as well - they’re getting free pub on work they did months ago with you when they were in a lull.

5. What you want to do is invest so that you start getting paid on the back end. That’s why I keep saying “invest” and not “blow money on your favorite rapper.” You have to generate value in your name. If there’s no value, there’s no money. Hoping NahRight or 2DopeBoyz picks up your video that you personally emailed them? Keep waiting. How many guys are turning into household names off free projects? How many are touring without having a physical LP available? They have maximized the internet and created the perception, through a mixtape or viral video, that they are valuable. You can’t go to a record store and buy their stuff but they just came to your town and sold out the show. You want to be in that position, right? You have to create value in your name, piece by piece. Making investments are a helluva lot quicker than playing hole in the wall clubs for years.

6. Media is everything. We are the media now. We participate in it everyday. Entertainment almost never exists outside of media. This is why seemingly obscure people are blowing up on the internet almost weekly - they are controlling the media in their favor. And media outlets NEED CONTENT EVERY DAY. The media never sleeps. It must be fed. You can crack the code, but you need a liaison. The biggest sites have staff that gets paid to generate content, so they need to post items that are going to get hits. You have a known rapper who is buzzing on your song and the publicist who has already worked songs to the big sites (NahRight, HipHopDX, Complex, etc). This is how you get into the media’s eye. Remember: if it’s not being seen, it doesn’t exist.

7. Create your narrative. Just being some dude with Freddie Gibbs on your song is OK. But within a week, no one will remember you. Share your story. Create an interesting visual. Build an aesthetic around the big feature. Intrigue and mystery are vastly underrated selling points in hip hop. And YOU can create that. You are creative. The media, for the most part, is not. They just need stuff posted. They will literally just copy and paste whatever you put in the press release. They will not check out your credentials or follow-up with you. This is sad for hip hop journalism, but this is good because you are in control of your perception. Make it dope, something people want to look further into.

8. Don’t be discouraged if you don’t see returns immediately. This is about changing your mentality on free music, from “please help out by spreading the word” to “making moves with known commodities.” This will change how you’re perceived, too. If you look successful, you’ll be successful. And that’s the internet - perception creates realities every single day. Exploit that aspect. There’s no rules with the internet. It’s not about tricking people. It’s about having your name in reputable and popular places, which makes you reputable and popular by osmosis. And the more reputable and popular you appear to be, the more value you can assign to your work.

So that’s it. Don’t be discouraged by other people you see that appear to be blowing up on the internet out of nowhere. At some point, they bought in. Someone spent money somewhere. None of their fame or clout came by accident or for free. You might live in the middle of Kansas, but you now can get in touch with big name rappers in LA and publicists in NYC. That was almost impossible ten years ago. This is a great time for artist empowerment. You don’t need to wait for some fat cats in a skyscraper to find you, sign you, exploit you, then put you in debt afterwards. You can spend a fraction of that for the services you need and owe nobody anything.

It’s time to start investing in our music again. Stop banging your head against the wall and create the perception that you are successful, that known artists work with you, that big sites post up your stuff. You will be bigger than you were last year. 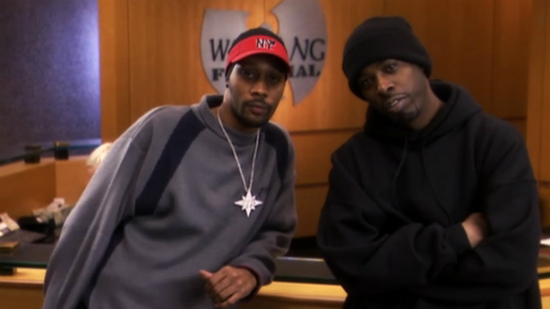