Paul Wall is Way Smarter Than He Looks 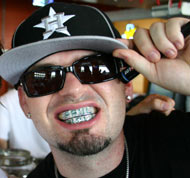 “When I was 14, that’s when my life changed because that’s when I got really heavy into street promotions. I worked and did a lot of stuff for Def Jam and stuff for Cash Money, before they signed their major deal. But, doing the street promotion, a lot of that was me just learning and working the game because I was always taught and my mother always embedded in me, that if you work, you’re going to get paid. 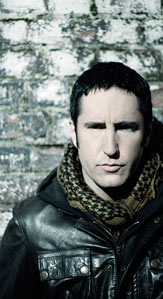 So, anyway, the plan got a bit modified with 42 where I said I don’t want to introduce a narrative of characters that have nothing to do with the music to kind of give your story legs and a game plan. Let’s make it all puzzle pieces that by the end of - I gave them my Wiki that I’d written, Rob and I had written - that had all the whole background of Year Zero. And it was -

Rose: So, you followed the progress online, I mean the players’ progress?

I’m a firm believer in the idea of “you can’t do new things with old people”Â. That’s why I’m a part of a 10 person operation at The Firm with the average age being 22. Everyone is young, hungry and learning how to be entrepreneurs. I have a goal at the Firm, to make this everyone’s last “job”Â. I want my team to leave running their own profitable business, breeding a new generation of entrepreneurs.

Amen to that.  One of the central tenets of World-Around Records is that our artists can all leave us and be self-sufficient and profitable for the rest of their careers.  Of course, I’m a broke hippie so it’s easy for me to say that.  Sickamore is an established professional who really thinks that new ideas are more powerful than the existing, heavily-funded system.  That’s quite an endorsement.