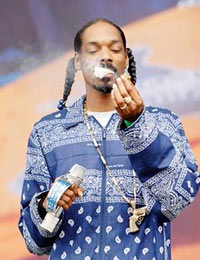 Here’s my basic argument: touring is a great way to make money when you’re established. Until then, it’s an even better way to lose money, patience, and confidence. In other words, touring is the harvest.  Pretty much everyone reading Audible Hype, including myself, is still very much occupied with the daily shit-work of sowing seeds and tilling soil.  Your main focus, here and now, should be finding creative ways to automate and accelerate that work.

Here’s the implications of that argument: you should be focusing on doing large, profitable “event” gigs in your local area and building a documented track record of conquering your local scene. I’m going to suggest that, especially in your hometown, less is more when it comes to playing shows.  If you have demand, leverage that.

It’s common practice to list bands you’ve opened for: the more the better, right? I won’t claim that a big list of major national acts won’t impress someone.  But I do want you to re-think why you’d be listing all these gigs in the first place.

After all, consistently opening up for major artists in your genre might just mean that you’re best friends with a club owner-or that your local city is a very, very small pond without much competition.  So rather than a mere list of names, set yourself apart from the herd by keeping detailed and accurate numbers on all the shows you play.  What promoters really want to see is a proven track record of organizing, booking, promoting and executing profitable events.  They want to know that you’ve got a fanbase, sure-but more importantly, that you know how to reach them and motivate them to actually show up.

Remember, building an event portfolio is not just for impressing booking agents and promoters.  You also want to document your packed event, with video and audio footage of your set and lots of nice photographs.

This is important because of the options it provides you, and because of the content it provides your fans.  For the most part, a resume only makes you money when it gets you hired somewhere.  A good “Event Portfolio” is something that will make you money in the long run, and the best kind of money, too: back-end product that generates income while you sleep.  Your video footage, of course, goes on YouTube.  Your photographs and firsthand account of that night are great blog content, which could also be used for your email newsletter.  Finally, your audio footage is a live album.

Of course, all of this involves preparation and organization-yet another argument in favor of playing fewer, better shows in your local area.

Why is it that rich people invest in stocks and bonds instead of purchasing lots and lots of lottery tickets?

My advice is to start thinking like a successful artist now. Don’t accept a second-hand, traditional concept of “work ethic” or what it means to be “professional.” I’ve talked to a lot of people in the past 12 months who went ahead with countless shitty gigs because it would be “unprofessional” to cancel them.  I would argue, LOUDLY, that the total opposite it true.  Once you’ve learned to recognize a doomed gig, there is nothing more professional than taking the initiative to cancel it.

You think you’re burning bridges with the management, or the club owner, or the promoter?  Think again.  All of them are in business to make money.  If you know you’re going to have a poor turnout, you’re doing everyone a favor by cancelling.  You free up the night for something safe, like a regular DJ or karaoke night.  The key here is making this decision as early as possible.  This means learning how to assess a gig-if you’re not doing advance ticket sales, this can be nearly impossible.

As you might have already learned, people telling you they’ll be there is somewhat less than reliable.  It would be terribly cynical of me to say that most humans are liars by nature, but it would also be pretty honest.  They don’t mean you any harm, they’re just trying to be nice.  When someone actually invests money in a ticket, they’re 95% likely to show up.

Bottom line: your life is more important than other people’s opinions of you.  Your time here on Earth is not replaceable.  If you do occasionally piss off a promoter, remember that their competition would be happy to work with you.  They’re in a cut-throat line of work, mostly populated by inept liars, and the odds are pretty slim that any of them will still be around 12 months from now.

I’d also like to caution you about “showcase” gigs-the usual setup goes like this: 1) you have to buy X amount of tickets in advance, and sell those to your fans yourself, and then 2) your fans need to explicitly state at the door they’re at the venue to see you.  Generally, whoever gets the biggest audience turnout gets paid for the evening, or wins some sort of prize.  Although these events would appear to be heavily promoted, consider two things.

First of all, what’s really being promoted isn’t you, or anyone else on the bill.  What’s being promoted is the promoter.  They’re the sponsor, the bigshot player who’s organizing all this, and you’re only being “marketed” insofar as you’ve got their brand across your chest and forehead.

Second of all, the set times for these events are almost always WAY TOO SHORT.  Do you really want your fans to pay money, get insanely expensive drinks while sitting through mediocre opening acts, only to watch you rock a 10 minute set of material they’ve all heard before?  THINK.

1. Promoter Doesn’t Want Your Help Promoting. This is a really, really bad sign.  Any promoter with a functioning brain understands that more promotion = more audience = more money.  If they’re insisting they’ve got promotion covered, you need to start asking detailed and potentially offensive questions ASAP: what does “covered” mean? Who are they reaching?  Where are they advertising?  What kind of turnout do they expect, and what is the capacity of the venue?

2. You’re Not Listed on the Flyer/Website/Newspaper Ads Don’t even kid yourself at that point-stop listing the gig on your website, inform the venue that you’re not showing up.  Somebody blew it (probably you) and it’s too late to salvage anything.

3. Promoter/Venue Won’t Discuss Payment. If this is something they can’t address up front, imagine how much fun it will be to work it out the night of your gig!  Is there anything more enjoyable than arguments with grumpy strangers over money?  Look: this is one of the most clear-cut danger signs on the list.  Just walk away.  You’re not dealing with a promoter, just another hustler.  Let them feed on someone else.

4. Who is the Big Kahuna? On my last tour with Devastate, we played a gig in Los Angeles that had 5 promoters.  I’m not kidding-there were 5 separate promoters, all with a slightly different concept of what was going on, who was in charge, and every other meaningful detail.  The first thing to determine is who’s really in charge, and if you can’t get a straight answer, it’s not worth repeating the question.

To finish out this series, I’d like to point you towards further resources and conflicting opinions.  I am, after all, very much a broke rapper and probably not the best source of expert advice you could find.  I’ve stated my case and I’m grateful you’ve read it.

“Touring, now, is the primary income stream for many of these artists.”

Of course, by “these artists,” Wavra is not referring to you or me.  He’s talking about U2, Madonna, or Tom Petty.  Here in 2008, touring is nescessary for them.  It’s not nescessary for you-in fact, it’s a waste of effort and resources.  (As a sidenote, Live Nation is an important company to study up on, and there’s an article on them in the works-expect to see that in a week or two.)

“Honestly, if your band isn’t playing live shows, you are a long way from getting any commercial air play.”

Remember, you can be “playing live shows” without going on tour.  If you’ve got an impressive event portfolio, even if you never left your home state, you’re still miles ahead of other artists who are going broke on the road with nothing to show for it.

RSJ: You’ve said that it only makes sense to do one tour if you’re going to do three more.  Explain the reasoning behind that philosophy.

Martin Atkins: The first time through, you’re generating smoke. If you don’t do something with that smoke, it dissipates. People’s memories are short. You’ve got to be better the second time to seem as good as you were the first time to the people who already saw you.  Then you need to go back the third time to have those people bring their other friends and the guy from the paper who couldn’t come the first time. Then you’ve gotta tour the fourth time because if you don’t, that good review is wasted because you haven’t turned it into some T-shirt sales.

In other words, you’re going to lose money, three consecutive tours, before you start seeing any serious income.  Does that sound appetizing to you?  Can you afford to do that?

Up next: The Golden Shackles of Corporate Sponsorship-looking at the most viable method of paying for a tour, in the usual excessive detail that Audible Hype is already infamous for.