7 Ways to Work a Festival Right and Get Some Shows 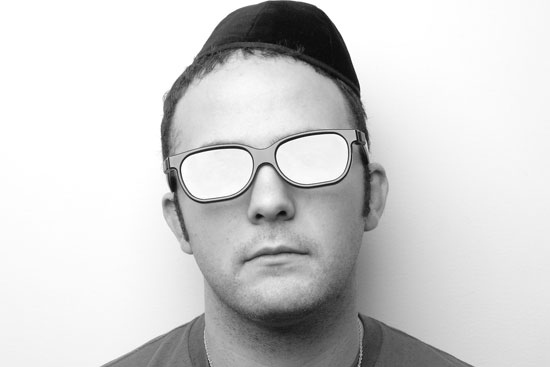 Many of you know I have been attending events such as Paid Dues and Rock the Bells over the years. In fact many of the past times I had to sneak into Rock The Bells to make my moves and hustle my fliers etc.

In 2009 I was “on the list” with Rza after I had literally walked up to him at a show in Portland and rapped some rhymes for him and ODB’s son. I really wasn’t on the list, but I got there early enough so there wasn’t any issue. I think I told them that and they were in such disbelief or awe that I got the pass.

In 2010 I wasn’t on any list but after getting the boot from UK I snuck on past some security to land myself on stage to spit some raps with Poison Pen.

In 2011 I bought a ticket to Paid Dues all by myself because there was no guest list for me and I wasn’t gonna sneak in anymore. In 2011 for Rock The Bells San Bernardino, Peter Rosenberg has me as a guest.

This year I have been invited to perform at Paid Dues 2012 (only because I felt the karma when I bought a ticket the year before) and it literally changed my life.

I came up with a couple things to do along the way to let em know I was worthy of a show, and ready to go. I haven’t played Rock the Bells officially yet, but i will play it soon.

Be memorable and pass out a flyer that is awesome. If it does not look awesome at least make it look creative and memorable. Maybe you can’t afford to get flyers in advance, so at least go to Staples and buy your own fliers made from cardboard stock. You can get like 400 flyers for 30 bucks. There are thousands of people there, so make sure you save them for people you want to come to your show. If you want to give you fliers to chicks that listen to Mac Miller, they’ll probably look different than the chicks that listen to Psycho Realm. I’m just trying to be honest.

A good handshake goes longer than you think. I think there are about 20,000 people that are at a Guerilla Union event, and my goal is to always let them know that I am there in support of the festival. I support these festivals because they are the gateway to huge fan base of mine, and they are a homegrown effort just like my career is. Every ticket sale is earned genuinely from the work of real people. They are the banging on office keyboards and inviting things on Facebook just like we may be, except it has grown to more than a dozen kids in the office. What’s not to love about it. I am passing out my fliers and shaking hands with people that know me and selling a few cds as well. I am also thanking the volunteers and kicking it with the sound guys and shooting the shit with the security guards.

This was the question Raekwon asked me.

I thought to myself “Damn, well Rza was gonna invite me out to do a verse but it didn’t happen. Last year it did, and did Peter Rosenberg invited me out too.”

I thought to myself again…damn…I should listen to Rae. He knows about hustling, and I’m hustling to get to that next level.

Guys, you really can’t do anything else except that. I can’t stress enough that if you are at home, you are missing the single most important hip hop event of the year. You are fucking up. Sure you won’t be rocking the stage this year but you must be in attendance if you want to know what it is that you’ll be a part of. This is whether you make rap music, hip hop, trap music or whatever the fuck. Its a congregation of the biggest conglomerate of your potential fans. I bought my ticket to Paid Dues in 2011 because i knew I wanted to play the festival in 2012. I snuck into the festival because my intention was to rock that shit no matter what and I didn’t have money to get in.

A lot of the rappers who know me haven’t ever seen me kill a show, but they see me so much they don’t even realize that. They’ll see me when the time is right. Until then I make sure I’m killing it.

A lot of other rappers I see that do the same are Verbs and Alpha…or Sav Killz and J Ronin and Poison Pen. People are always in the mix, but I haven’t got to see them perform either in who knows how long (or how little)

4, The most important Man is the Sound man

Still at any festival, or anywhere for that matter, the most important man is the Sound Man (Don’t tell the sound man that is paid thousands of dollars he is fucking up on stage. There would never be a sound guy who is fucking up on this level. Its the drunk n high artists that are, the DJs who don’t know how to plug shit up, and the requests of turning music down by headlining stage.) Mundy Sound (guerilla union sound for Paid Dues, RTB.Cypress HIll Smokeout) and I have linked over the past year and is genuinely a fan of mine.after SXSW (Supergoodmusic/ heard Ent. /Root Music HQ) and Paid Dues 2012. He was cool enough to take my iphone and play house sound and play my entire Gina and The Garage Sale album through out the day and before ICe Cube’s set with about 10,000 people in attendance. I also got to rock some songs of Homeboy Sandman’s album which was cool. So I didn’t get to play my own shit, but I got to play my songs over the most banging sound system, and I’m sure some people heard it.

Whether you are playing a show or not, say what up to the sound man. You will see him/her around eventually. I said hello to him and next thing you know my music was playing all day, for both days of Rock the bells. Now that’s Guerilla Marketing!!

5. Vendor booths are your friends

That’s right guys. Go kick it with the vendors. Seriously kick it with them. You are trying to sell yourself and they are trying to sell things too. The difference is they paid a lot more to be there. For that reason, I went over there and said what’s up and realize I know tons of people in the vendor village and they have heard my music. They decided to give me free clothing and send me tweets/Facebook likes. They all hopped on my e-mail list and they should. This is the way to rock it for them. They all paid bucks to be in this Vendor situation for the biggest festival of the year and they want to make the most out of their experience. If they are willing to invest so much in this opportunity, maybe they would want to invest in me.

6. Finesse the Press (and make sure you’re on the list)

I decided to cut out from hustling in-doors, to kicking it by the trailers with artist friends while I had the chance. I said peace to Zumbi from ZIon I while he played with his kid, and even saw my friend Jaimie Adler who reps Bone Thugs and Harmony. A lot of these guys respect me for being a solo hustling maniac who is passionate about Hip Hop and representing my Jewish-ness to an absurd level. I stick in their brains. All you people who rap or rock need to remember how to stick to someones brains and not piss people off (a skill I am still working on, to an extent.)

This year I enjoyed this personal time. I really consider these people my friends and I ask them about their families. I genuinely care for their well - being. C Rayz Walz once told me that it not all about “wanting something.” People enjoy speaking with each other about things that have nothing to do with work. While press is backstage interviewing them (artist friends), they happen to notice I am everywhere and they ask me questions. If they don’t ask me questions, I ask them if anyone has kicked a freestyle yet, and mention to them that I played Paid Dues this year so I’m supposed to be here.

Oh yeah…what about being on the list? Make the effort to get on it. If you can’t be a guest of an artist or a member of the press list, get a writing job and make sure you create your own blog and leave yourself available to interview people. Volunteer to be part of the street team. I see artists do it all the time.

I don’t give a flying fuck if you are not performing. You are performing! Make sue you have the ability to enter emails. Do it less conspicuously by entering it in the notepad. Next thing you know after all the fliers and handshakes you get 20 emails from each event. 40 emails can equal a lot more business . Get Emails and details from the guys you need it from. Sometimes a bigger connection will only want to give you an email, but knowing this beforehand is better. Make sure when you shake those hands, know your demand. If you have nothing to offer the other person yet, or they are genuinely busy, its better to go email. Drop a hello, and your name will come up in other conversations for sure.

Amazing Side Note: After the complettion of this article, Kosha Dillz secured his own 15 minute slot (2:15-2:30) at Rock The Bells New Jersey on the Paid Dues stage. Acts that followed Kosha included Action Bronson, Sean Price, Murs and Fashawn and Dj Quik.