When television was first being marketed, everyone was buzzing about the incredible potential of new technology to improve our lives. Citizens could stay informed and children of all ages could educate themselves at home. Fast forward a couple decades and you’ve got Fox News, Wife Swap and some guy named Steve-O stapling his nuts to his own leg.

That’s exactly the same transition that Social Media has experienced, only instead of taking decades, it happened pretty much immediately. In a time when marketers, journalists and politicians all agree that Social Media has changed everything, I’d like to crash the party, rush the stage, and grab the mic, because you need to stop lying to independent artists. Stop repeating empty slogans and start being honest about the ugly stuff.

Only in a culture as sick as this could priorities be twisted enough for people to say this with a straight face. It doesn’t cost money…so of course Social Media is Free, right? Folks, social media is very expensive indeed when it comes to time, and time is life itself. Every single artist I’ve talked to in 2010 has voiced the same complaint: promoting music on the internet is mostly wasting our time. Poorly designed and coded, needlessly complex, dozens of competing and non-compatible systems, an ocean of forgotten passwords and abandoned accounts.

We keep putting time in, though, because it’s the only way to make it in 2010, right? We’ve been seeing these success stories for years now, where independent artists just like you and me hit the jackpot thanks to this new miracle technology. It’s inspiring stuff. It’s designed to be.

These success stories look like a business lesson, but they’re actually a sales pitch. These stories are the main currency of “Social Media Experts,” entrepreneurs who have figured out how to make money off a free service: they will charge you money in order to teach you how to use Social Media better. They are all liars, though, because nobody is remotely capable of guaranteeing you results in exchange for your money. 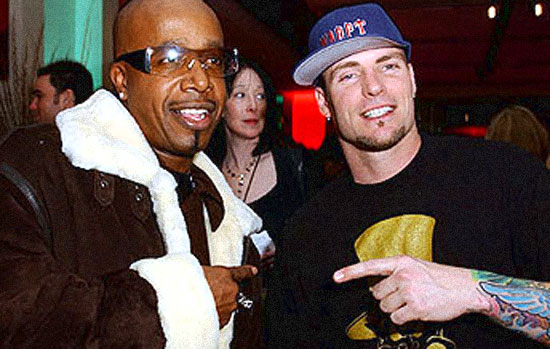 Social Media “case studies” are not recipes, they are autopsies. Promotional stunts and tricks that have already worked for someone else will not work for you because they have already been done. That’s why Seth Godin can keep re-writing the same book every year. His sole point is something that few marketers ever actually get, but always love to hear: Be Creative. Marketers love to think they’re being creative, and that’s why they’ll pay for entire bookshelves full of nearly identical manifestos about originality and authenticity.

Music business bloggers have been in the same holding pattern since 2005: we keep reporting on the latest success story, breaking down every detail into “actionable” advice, and then throwing it all out the window when the Next Big Thing shows up about 2 weeks later. We keep searching for The Answer, the new formula that makes it all work, because nobody wants to face the horrible truth: the music business, like most other industries right now, is mathematically doomed.

The Answer is the same thing it’s always been — the problem is, now it’s not enough, because there’s constantly less and less to go around…

3. “Audience and Attention are Renewable Resources.”

Most of the internet traffic we get is kids, people without jobs or people who are bored at work. Clay Shirky has written on this “Cognitive Surplus” of idle human brains in front of computer screens that makes Viral Marketing possible. He argues, eloquently, that we can start using this Surplus for bigger and better things, but I don’t think it’s going to last long enough for that to happen. Actually, it’s already over. Most of the people who are bored at work this year will be unemployed in 12 months, or working somewhere with way less free time.

Also, Shirky won’t discuss is the fact that for most of the world, “Cognitive Surplus” is a luxury that simply doesn’t exist. (White Privilege is like that.) Even here in the United States, economic conditions continue to deteriorate. Every foreclosure, every lost job, every bill past due in America is having the direct effect of reducing this Surplus. The middle class has been DEVASTATED and no matter what business you think you’re in, that’s your customer base getting eroded right before your eyes. The “Cognitive Surplus” bubble is deflating very quickly right now.

Even ignoring the ongoing global economic catastrophe, we’re still playing a losing game here. Hip Hop is over-saturated beyond belief. Established acts are losing ground and seeing their income drop, every year. New artists are competing against more people for less money, every year. We can’t all have 1000 True Fans - it just doesn’t scale. It can’t scale. Do the math. In order for any of us to “Make It” in any meaningful sense, most of us will remain small time local acts until we get too old to keep taking ourselves seriously.

Most of what the music biz experts are pushing is a feel-good fairy tale. There is absolutely no success waiting for you anywhere. It’s already taken, and there’s a war going on every day for any given piece of that success. Fans are a (very) finite resource, and they’re not created out of Social Media magic — they’re taken from someone else.

Post-MySpace, pretty much every single social media site, service and system that gets introduced destroys value. They all want you to believe they matter, they’re growing, they’re “new”…and you’ll achieve stunning success by being an “Early Adopter.” In fact, each new start-up is more worthless than the start-up before it, because this endless parade just keeps diluting the value (and audience and timeshare) of all that came before it.

Social Media Experts are sick parasites who feed off your attention in order to live. They want us to keep thinking that ubiquity matters — that we have to jump on every Next Big Thing that comes along. You really don’t. The more time you invest in social media, the more likely you are to see diminishing returns and increasing workload. Which brings us to the final whopper…

5. Things Are Getting Better.

This one just kills me. Social Media is making everything better, right? Well, let’s see…it’s enabled increased surveillance (government and corporate) into our private lives and daily activities, and it’s definitely increased the reach, accuracy and saturation of advertising. All technology is a double-edged weapon — the Machine giveth, and verily, the Machine taketh away.

It gets disturbing fast when you actually think about the major innovations Social Media has bestowed on us. Words like “CrowdSourcing,” which is an exciting new way for corporations to replace paid professionals by running massive contests, where they get thousands of free submissions they will always own the rights to, from people they will never have to pay. Now that’s Capitalism.

Don’t get me wrong — I know very well that people are making money off Social Media. I’m saying that’s not really the point. People make a lot of money off landmines and crack cocaine, too…and both of those things are “changing lives” every day.

You might think I have an personal problem with “Social Media” — some kind of grudge or vendetta. Actually, though, I think of Social Media just like I think about my toaster. It’s just a tool that I use. I don’t write articles about my toaster, but then again, there’s no movement of white guys making money off TED manifestos and visionary books about my toaster, you know?

Those guys make money because they’re saying something that Fortune 500 companies and major investment banks like to hear. It’s ad copy about how Social Media empowers the little guy, and it’s simply not true. The big winners are the aggregators, the central nodes in the network, and those are all owned by the same people who own everything else, here in the Land of the Free™.

You know what’s most impressive about these 5 lies, though? The market penetration. Almost nothing else gets said about Social Media, anywhere, aside from these 5 hypnotic talking points. There have been literally millions of pages written within the last decade, from marketing blogs to the New York Times Bestseller List, and it can all be summed up in a single paragraph.

And that single paragraph is horseshit.