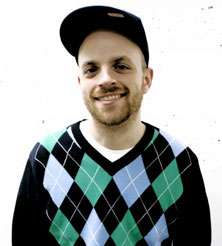 I first heard of Jeff Spec back when I was in high school. A friend had come back from Vancouver and told us all about The City Planners, a DIY hip hop crew that was building their own record label out of their bedrooms and building a rep up and down the West Coast. Along with Living Legends and the good people at Heiro Emporium, this was definitely an early inspiration for me to get into hip hop and eventually found World Around. So this interview is another “full circle” moment for me: talking shop with Jeff Spec about how the game has evolved since my biggest problems were detention and finding beer for the weekend.

Jeff is humble, straightforward and completely dedicated to his music. (Well, his music and his shoes.) It was a pleasure doing this interview and we wish him the best for 2011.

From pressing up your own albums to building an international audience through iTunes…do you think the past decade has been good to independent artists? Do you have any concerns or reservations about what new technology has done to the business?

Jeff Spec: I love what technology has done to the business. Music is way more accessible, even if it is a bit of a guessing game as to how to get it in front of the most people. We’re at a really innovative period in music promotion and creation right now, and that’s opening more and more doors for independent artists. Major labels are really pushing to go back to the old ways of doing things, and trying to stop illegal downloading and other things that have gotten in the way of revenues, and they’ve actually done a good job of convincing artists that they should all side together on that - but really, this just puts the power back into the true independent artist’s hands. I see it like, I’m responsible for my own success, and only I’m accountable if things don’t happen. Some people would call that scary, but I call it empowering. 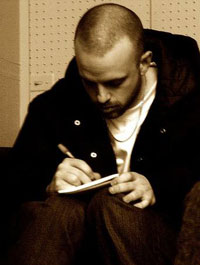 JB: For pretty much as long as I’ve been paying attention, City Planners have never stopped moving. What keeps your crew so productive and active?

Jeff Spec Motivation is a tough thing to explain, but I think motivated people are drawn to each other. The reason we all built the City Planners thing is because we all have a love for the same music and culture, and we’re essentially like-minded people. Even now that we don’t work anywhere near as closely as we did in the past, it’s still all love, and we all stay in touch…

Another thing that helps is that none of us are afraid to branch out and work on other projects. Ishkan has had his thing with Eclipse records and DJ Murge and them, Moka Only always has a lot of different projects on the go, Sichuan does his thing with Stressed Street and some other cats… But we all still catch up and work together at times too, and I can truthfully say that City Planners is a lifelong thing.

JB: Is there a management team behind the scenes or do the artists themselves handle most of the daily details and promotional shitwork?

Jeff Spec: Ha! Well said … I think we all accept a bit of help at times, and have worked with various people in different aspects. I’m a really hands-on type of guy, so I’ve been known to do everything from booking to promo and publicity all on my own.

JB: What kind of tools are you using to stay organized these days?

Jeff Spec: I’m a bit obsessive compulsive, so organization is a strength and a weakness for me. I definitely have an order for things, but to explain how I do it would be almost impossible. Basically I’m the toughest boss I could have when it comes to music these days, and I really try to look at the business in an artistic way, and just find new ways to keep it productive and exciting.

JB: Have you been working with any publicists for Sneakerboxxx or doing the work yourself?

Jeff Spec: I always find that a personal approach is best. Publicists want a bunch of money usually, and never really have the same effect that an artist has on his or her own. In addition to the publicity I’ve been doing on my own, the City Planner team has been doing some press releases etc — and I have to say, I get a way better response from just saying “Hey I’m Jeff and I’d love if you’d take some time to check out my music”… No mass emails, no “THIS IS THE HOT NEW SHIT”, no pretense… Just me, being straight up and humble. That’s the only way for an artist to survive in the modern climate. And it’s how I like to do it, so it’s win/win.

JB: Do you see attention from blogs converting into actual sales and people coming to shows?

Jeff Spec: Absolutely. Blogs are the new media, by the people and for the people. Bloggers are real listeners and understanders of music, not just journalists who know how to write, so their opinion is pretty valuable, I think, in the eyes of the public. When I have a look in at my stats on iTunes and Bandcamp, there are obvious spikes when I release a new video, or leak a song, and my main campaign has been through these grassroots blogs, who, by the way, are run by a lot of incredibly great people who do it for the love. There’s really no predicting the future of things but if I can take a stab at it, I’d say this is the way things are going. 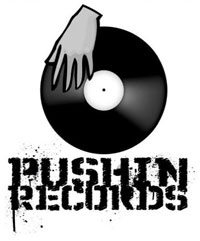 JB: What led you to create your own imprint, Pushin’ Records, for this latest release? Do you think labels are less necessary today, or was it because you’ve learned so much over the course of your career?

Jeff Spec: Actually, I started using that Pushin’ label in about 2008, when I put out “…a little night music”. We used to make up joke labels back in the day for our independent releases, until some outside indie labels started showing interest. I feel like a record label is a pretty obsolete thing these days, but was driven to sort of build my brand, and sometimes that requires going in a little more on the business end. I know a lot of talented artists who don’t get the recognition or even the chance to release music that they deserve, so I also have the dream of using my label to put out some of their stuff in the future too.

JB: What advice do you have for new acts gearing up for their first tour?

Jeff Spec: I’m kind of a square when I go on tour… I keep the drinking to a minimum and try to eat as healthy as possible, just like I do at home, because it’s real easy to burn out. If at all possible, avoid having people in your vehicle who can’t stay away from travelling with substances, because you will get pulled over and that’s never nice when you’re a 24 hour drive from home and they impound your car. And just be real with everybody who comes to see you. Music audiences have a million and one choices these days, and they’re gonna be fans of the artists who speak to them on a real level, shake their hand, have a drink with them, whatever. Don’t get a big head because you’re doing what you love to do, let it make you humble!

JB: At this point in your career, do you still view it as a struggle or are you comfortable with where you’re at?

Jeff Spec: I think struggle is a losing thing, so I never try to really see things that way anymore. I love a challenge though, and I think that getting too comfortable is everyone’s worst enemy as far as progress. I never want to be satisfied with where I’m at, so I always think about what’s next… Especially when I’m on a high or on a roll, because that’s when the law of attraction is at it’s strongest.

JB: So what’s the next challenge for you after Sneakerboxxx?

Jeff Spec: I have a plan to get on the road for like 300 days out of the next year, starting off this October, but then really going full boar in the new year. After completing an album, which is the easy and natural part, then comes pushing an album, which is also a lot of fun, especially the touring. I love recording and performing equally, whereas you’ll hear most artists say that they have a preference between the two. Meanwhile, it’s always a challenge for me these days to pick a direction for the next record, because I’ve done quite a few, and it’s all about keeping it fresh and new for me.

JB: What are the most important lessons you’ve learned about preparing for music video shoots?

Jeff Spec: Well, as seriously as I take creativity and presentation, we’ve been approaching the videos with a loosely scripted plan most of the time. I like to let a little bit of stuff happen naturally, and it’s definitely key to work with a creative director and editor who can translate the vision you both have into reality.

JB: I’ve talked to more than a few Canuck artists who have said they think the Great Wall that was holding them back is finally coming down and they’re taken more seriously by the US scene, as hip hop becomes more global and “tastemaking” happens online. Do you agree? Have things been heating up?

Jeff Spec: Actually, the majority of the love that I’ve been getting right now has been coming from the U.S. as far as blogs and random people hitting me up to tell me that the record has affected them. Europe is real cool right now too, and I’ll definitely be over there soon. I never felt too much of a barrier between the U.S. and Canada though, especially over here in B.C., where we have a really natural connection to Washington and Oregon. Since way back in the day, those two states and B.C. have always considered themselves a unique region called ‘Cascadia’. And, a good portion of the Americans that I’ve heard from are telling me that they were already familiar with my stuff previously, for as long as 10 years, either through Moka, or the DJ Murge record I was on, or my own stuff being pushed by American labels and distributors. So my realization is that a lot of the barrier that we’ve been perceiving over time has been self-imposed.