An Interview with Steel Tipped Dove 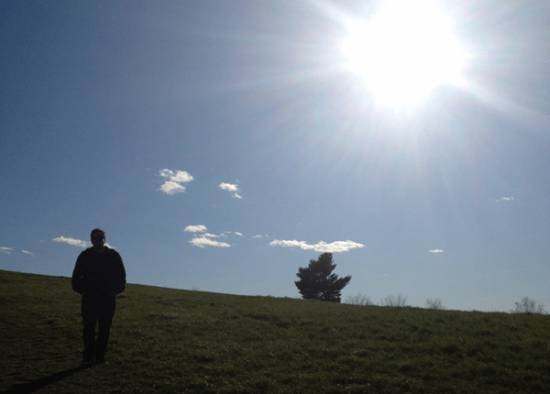 As promised/threatened, we’re back with a new season of Audible Hype interviews. First up is the prolific NYC producer Steel Tipped Dove, who has probably released a dozen projects since we wrapped up our conversation here. This was an especially fun interview because this cat confounded my expectations at every turn. What follows is, in the immortal words of KRS-One, great edutainment. Enjoy.

AH: Did you come into your music career already Mad Serious, or was there a turning point that gave you the focus to do this full-time?

Steel Tipped Dove: …not serious at all. My man wanted to rap, so I bought a Mac and started putting beats together and jacking commercial beats and chopping them or whatever. Then immediately, a friend of mine who was a comedy writer also wanted to rap, so we make a comedy rap group that was great. So nah, I wasn’t “mad serious” or whatever. Only since the beginning of this year have I been able to make some semi-significant income off “music stuff” — which is super awesome, but not full-time yet.

AH: Living in the dense pocket of ridiculous talent that is Brooklyn, is internet presence still a priority for you?

Steel Tipped Dove: I think the internet is my only presence, really. I dont go to shows. I dont wanna spend 50 bucks to have multiple shitty beers, and I’m also not a super social dude, so really its only the internet for me. That’s horrid. I’m not a hermit weirdo though, so I encourage internet peoples to come check out my studio, thats where I’m at during “real” “life”. Should I be going to shows and handing out USB drives with my beats on them? Is that what you’re getting at?

AH: No, but I did assume that a project like “Steel Tipped Dove & a whole bunch of crazy motherfuckers” grew out of that scene. Next to Twitter, what is the best online tool you’ve found so far?

Steel Tipped Dove: Gmail. “Crazy motherfuckers” grew thorugh Twitter and Gmail. I haven’t put any effort into Facebook or Instagram yet, but I should and I totally will. People really fuck with Instagram heavy. Obviously I’ve been to a few shows here and there, but realistically, most people fuck with me cause they heard of me on Twitter or the blogs.

AH: After your recent flurry of releases, how much has your process changed for promoting your work?

Steel Tipped Dove: Uhhh…I have no work to promote now. Promoting kills me. Sometimes I can have fun doing it and other times, it feels dumb. I really like a bunch of the bloggers who i have relationships with so it sucks they don’t all actually just work together, cause doing exclusive premiers is the way to go, I guess, but I want the work I do to go on all blogs so that’s sort of annoying, but also a good problem to have. So this is a total humble brag in a way, right? I’m pretty sure I’m using humble brag right. At the moment, I’m just sorta waiting on a bunch of different rappers to drop their albums before 2013 ends, so that will be fun cause I can just promote them. I always feel way more comfortable promoting the people I work with than promoting myself. But I have one full solo project I’ll drop and have to push myself. I keep getting told by dudes who come through the lab that I should get PR but i dont know if I want to spend money on that.

AH: I have heard very few success stories about hiring PR, or even positive feedback. The whole industry kinda baffles me. Have you worked with anyone who hired publicists and felt the investment was worth it?

Steel Tipped Dove: A lot of the guys who I work with, who are pretty successful — you know, getting paid shows and selling records digitally and stuff — they have PR. I mean, they definitely all started out doing it themselves and it grew organically to the point they were most likely approached by a PR guy or girl. Also, being a producer, I’m not even sure its as necessary for me. I don’t do photos, I don’t need to have a “look” or anything, so I’m leaning towards thinking I don’t need it. But for a few guys, I’m pretty sure it was worth it to them. If they paid a flat amount for a campaign, and then made that money back off a few shows and downloads, I guess that’s pretty worth it. It feels like I can do it myself though, maybe just keeping in communication with bloggers. I guess 1) we’ll see, and 2) who cares?

AH: Would you agree with Philadelphia sage Zilla Rocca’s theorem that waiting for rappers to finish verses is the Fifth Element of Hip Hop?

Steel Tipped Dove: Waiting for rappers to finish verses is the Run Lola Run of hip hop. But also, Zilla is 100 percent correct.

AH: Have you dealt with any Legal Grief about samples based on the work you’ve released?

Steel Tipped Dove: Nope. I think a ton of the stuff I’ve made for rappers has been released for free. And if they ran into trouble with a sample, would it come down on me or them? I’ve never really been clear about this stuff, but I’ve definitely never “cleared” a sample. Also, I put effort into sampling super obscure old stuff and really degrading it into something unrecognizable. I dont always succeed in that, but I try.

AH: How do you deal with data storage & archiving sessions? Do you mess with “cloud” backup systems at all?

Dude, dealing with data storage is terrifying. I’ve had external drives crap out on me before. It’s the worst. But I have some other artists projects on my computer lately, like full albums, stems, all that…their goddamn children, you know? So I leave a copy on my internal, and put copies on 2 externals, and I’m still anxious as fuck about losing files. I do need to get into backing shit up online. Google Drive is pretty good, I’ll keep stuff on there…but yeah, I hope to one day exist only on a cloud.

AH: Amen. Do you have any interest in expanding your studio capabilities and making that into a bigger business?

Steel Tipped Dove: Yes, very much so. I’m considering going to school full time for audio engineering, but I’m old, and thats a big risk. I have a bunch of bills to pay. I have a studio at home now, I rent it to artists by the hour for engineering, mixing/mastering, custom production and things like that. It’s humble, nothing crazy — but I get great results and people get their moneys worth. I would love to expand that, which basically would mean buying more/better equipment. I have a good day job now, so hopefully I can stack some money from that, land a few more mixing gigs, or sell some beats - and sink some of that money into some better studio gear. Thats a win-win for everyone, yeah my rates may go up a little…but so will the quality. So yes, I do hope to one day make it completely legit, get a tax ID, start writing off groceries and things like that, true freelance artist type shit. I’m super close, but not exactly there yet.

AH: Given how many collaborations you’ve been able to wrangle, do you ever contemplate starting a label/imprint of your own?

All the time. I think I could build a crazy awesome label, but obviously, I could be insanely wrong about that. I’m a music obsessive man. If I had a bunch of money, or met someone with a bunch of money who wanted to, I would start a label in a heartbeat. I typed a bunch of stuff and erased it like 3 times trying to answer this question…but the answer is basically: Hell yes, and I would kill it. Shout out to Modern Shark and Greedhead, though, I would strive to be half the labels that those guys are. 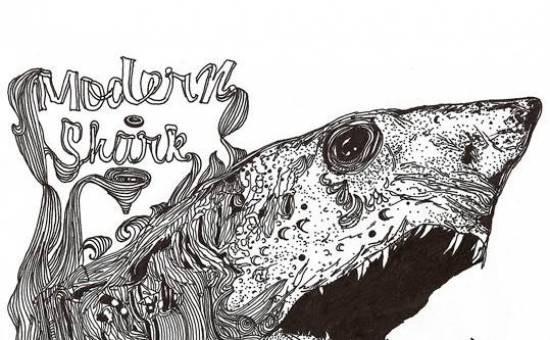 AH: Do you have any thoughts on how to get live rap shows to suck less?

Steel Tipped Dove: Yeah, make it only like 3 acts, 4 at the most. Make sure everyone starts within 10-15 minutes of when they are scheduled to start their set. Make sure the venue has cheap beers along with their expensive beers. Have a good host, and be transparent with the way the money is divided. For a good example on how to run a great show, please see PremRock.

AH: Where would you like to be in 5 years?

In 5 years, I just want to be in a nicer home, with a nicer studio, with my girl and a dog. I’ll most likely stay in one of the boroughs, but I’d have no problem moving up to Westchester or some shit like that, get a car. Damn, that’s the hardest question of them all.