SigNif: “No Crew, No Co-Sign, No Features” 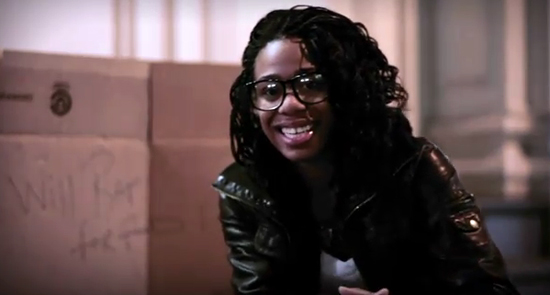 I’ve gotten a lot of replay out of Signif’s 2010 album The Transition so I’m very grateful to be bringing this interview to Audible Hype. She’s a serious talent and an honest artist, and 2011 has a lot of projects on her plate. She took some time this week to talk about her career so far, her future plans, and building a name on her own terms…

AH: What was your process for creating The Transition? What lessons did you apply from your previous release?

SigNif: The process for The Transition was quick. Tay Lee, a producer I worked with out of Memphis, sent me a beat which was right on time because another situation I was in was looking bleak. I was at a point where I had to â€œstep up to the plateâ€ and get it done without depending on no one but myself. Drifting was the first song I completed for the album, which gave me that spark and energy I needed to keep going. So big shout out to Tay Lee for coming through at the right time. So in a span of five months I created The Transition.

I consider the Transition to be my first official release. I put out an EP before that, Beautifully Flawed, for demand purposes only. In 08/09 when I started doing open mics, people would ask me where they could get a copy of my music, I’d just be like “check my MySpace“…so I felt I had to put something out there! With the exception of “Lovely Imperfections” and “Unleashed” the rest of the songs were old tracks I recorded 06 and 07. So it was something to put in the people hands and give them an introduction of me.

AH: You made a big move all artists talk about but few ever execute: you moved to the Big City for your career. Now that you’ve landed and adapted, what advice do you have for new artists considering doing the same thing?

SigNif: I say do it! Move or get as close as you can to any area where you’ll have at least a better chance to actually succeed in whatever your goals may be. Taking risks makes the rewards that much sweeter. If I wouldn’t have moved to NY I would not have written some of the songs I have now, it was being in the right place at the right time linking with different people. The experience itself has been rewarding alone, good, bad, or indifferent.

AH: What inspired your “No crew, no co-sign, no features” approach?

SigNif: Being a woman who raps is interesting at times. When people hear it they’re like “yeah this is ill you can ride with us” The lady of the crew kind of stand. Which is okay, if I find a team that I feel is all around dope from the business to the music side. But I have yet to come across that crew yet. I’m also nice, and humble, so people will try to take my kindness for weakness which never works. I’m a monster, but it’s up to you what side you want displayed.

I have been co-signed by some notable underground heads. And I’m not knocking no one who is co-signed because we know that does wonders for the up and comers. But when a big artist takes you under his or her wing it can either help or hinder you depending on what you have done beforehand. Same thing with the features. Reaching out to work with certain artists is cool, which I did do when I was working on the Transition. But instead I decided to invest that money into me making sure my music sounded right, shooting virals, etc. Having a song with x, y, and z underground artist would have probably gotten me on some of those second-tier blogs too. My approach is 100% different. I want my work noted before-hand. People will say “oh yeah we heard of Sig way before she was doing this or that”. I want the music to speak for itself at this point, which it’s doing, and that’s why it’s reaching people and growing. My future is in my hands at this point I just have to keep going. And that’s the way it should be.

AH: What was your experience with SRC Records? Did it sour you on working with labels altogether?

SigNif: It was a meeting I was lucky enough to get but the sound just wasn’t hitting for them I guess. It didn’t sour my thoughts about the labels but it did reinforce what I was already thinking, and what’s being brought to the light over the past years about these labels.. 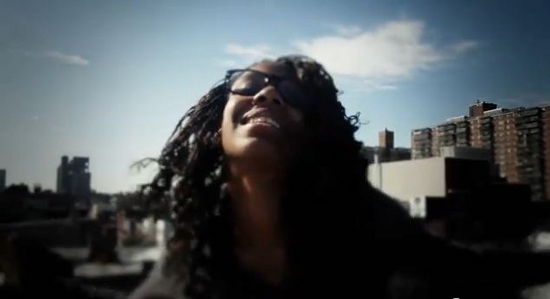 SigNif: By the end of 2011 I will have another solid LP under my belt pending release. The climate of my past works will let me know which way to go with that. I have a notable company inquiring about distribution so we’ll see. I’m focused on turning over the best quality of work I can right now.

AH: Who are your role models, in terms of building and maintaining a music career?

SigNif: Russell Simmons is definitely the #1 one role model for musical inspirations as far as laying a solid foundation.

AH: How do you balance online and real life promotion when you live in a city as busy and huge as New York?

SigNif: It’s hectic because you can’t solely depend on one over the other. I’m working with one of my producers JB as we run ideas back and forth and try to finalize things for future events. It’s stressful but we’re preparing ourselves just like we did with The Transition.

AH: Do you find that fan feedback affects your recent song-writing?

SigNif: At this point it doesn’t affect my direct song-writing but it does help keep me on my toes as far as wanting to put the product out on time and getting it done. It excites me to know that people are listening and can relate to the music from all over, so that definitely pumps me to keep going.

SigNif “Of course, for any artist trying to get their music heard, it’s a battle - unless you’re co-signed, or whatever. But I always say â€œNo crew, no co-sign, no featuresâ€ I’m in the battlefield pretty much dolo right now. Most of the time, it’s about what you say and how you say it when dealing with certain people. Many of these sites get flooded with so much music, so of course some good things are going to be overlooked. I also believe in paying my dues, like anything else in life you have to work for it, and if you keep pushing in due time it will happen.”

— from an interview with Return of the Real

Q: Why did you choose to give away your first LP, The Transition for free?

SigNif: Since it was my 1st album and I’m still trying to reach people it only made sense to give it away. It’s really not a big deal because better product is coming which will also be free. What I learned is my favorite tracks are not always someone else’s favorite tracks so if I give you a variety of what I can do, and let you pick and choose. I learn my audience, and what to promote to whom at the same time.