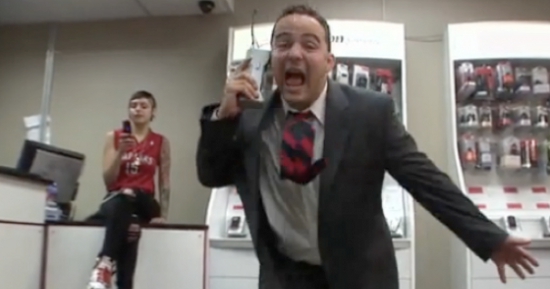 Many of us go “hustle happy” when we accomplish a great feat. We drop the new single and then we get all the buzz on the blogs and college radio. Awesome. Thats what you’re supposed to do. Once we land on the blogs no matter how big or small, what do we do after that?

When Jeremy Lin of the NY Knicks started scoring crazy do you think he just sat there and everyone talked about him by himself? Don’t you think there is someone behind the scenes who is using his talent as leverage to earn him more income and better positioning for his next deal? I’m sure NY Knicks didn’t sigh him for a 5 year deal at $800,000 to sleep on a guys couch. There is someone searching for him to have 10 million dollar deal next year. Not only because of his talent but because of his current buzz factor and fact that he lifted up the ratings to earn the Knicks more money in advertising space.

I don’t know who is publicist is but I do know that there are tons of people looking to sign that guy and his buzz doesn’t just happen like that. The NY Knicks are promoting his promotions, and that’s the reason why their viewership on MSG has been the highest since the 1989. it also doesn’t hurt that he is the underdog.

Ok. Lets relate this with music. You drop a single and it lands on XXL and Brooklyn Vegan. Now what happens? If we make a list of ten things to landing on these blogs is just 1 thing out of the 10 things we do. You thought that was it? Think again. Its time to Promote the Promotion. 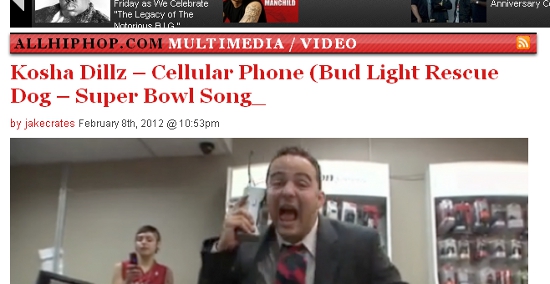 1. Land my single on XXL and Brooklyn Vegan, get interview in LA TIMES…or any blog for that matter. Turn the coverage itself into an event and leverage this for even greater visibility.

2. This translates into bargaining power for shows. In my next tour these are going in my press links update and will be used in a opportunity to earn more money. Why? Because all the other people on these sites make a living off their craft and so should I.

3. Tell your music friends. Although we think all of our music friends know, they really don’t. Us self centered egotistical maniacs have our heads so far up our asses with our own worries, that we probably missed it today. We don’t even know that your entire life has changed by this blog post. Send us a tweet or a direct message. We’d appreciate it!

A quote from the publication can be the next sticker on your album cover. Its definitely going to be used on your flier promotion. ” Kosha dillz is the future of back to the future rap” - XXL. Imagine if they said something like that? And you got the flier? You would say oh shit…I gotta check this out #promotethepromotion

Although you think people don’t know who you are, they might just not be interested yet. Provided you landed something huge, you have something to tell them in a email or call. They don’t mind it Even if they do. You still gotta chance to introduce yourseldf and you never know how much luck plays into handwork and consistency. I always try to call the Rza and let him know what I got going on. I’m sure he doesn’t give a fuck, but atleast I have a song with him and now he sees im parlaying it into something bigger…

6. Something for YOUR fans. OK, we know the bloggers know what’s up now. But what about your fans? I’m sure you are making new fans along the way, landing your big magazine article and Pitchfork shit (or onetwoonetwo.com or urb.com or TSS, 2dopeboyz hillydilly.com hypem.com ,allhiphop.com djbooth.net ..etc) Fans like to see that they got behind the guy before he made it big. Tell them on your Facebook page and post it on your FB friends pages? Start out with YEAH MANG WE DEEED IT! and then post the links. Personalizing things always leaves to great shelf life rather than copy and past spamming.

Twitter is a great way for you to search real time conversations. if you just got added to SXSW official line up, why don’t you search that and let a blogger know you are official. Maybe they’re talking about their favorite line ups. Are you not in it?

WTF! Why not? i just got on Daytrotter. Today, I can contact all the the brands because I am just like them. Not only will my fans here it, but its so cool that me and the other bands are now on the same wave length. Hey Toro y Moi, can we be friends? Thanks.

Once an artist starts getting big articles, and reaching a level of higher professionalism, people begin to look deeper for the story. If you have a large articles written on you, feel free to add it to the Wikipedia page. IF you don’t have one, now is more so of a reason to look into getting one. Once you have landed on the big time, you should be able to direct them to a factual place, that doesn’t promote you but simply links people to more available information on you as a public figure/ artist.

People might now think you are so big for being in these “articles and blogs” that you cannot even engage in Facebook conversation (which you can, its up to you if you are there for a piece of ass with old high school friends, or real engagement with fans) Update the people with Video or Audio Recording of your latest success. (try tinyvox.com an Iphone and Android app which shares your audio as a embedded tape player on your website, soundcloud link )

Don’t sleep on text updates. Texting now to smartphones is almost as good as everything else and almost everyone as unlimited texting. An easy way for people to get an update from you right before they are taking out their girlfriend on a a romantic date. .

Blogger’s girlfriend : baby watch the movie with me! Common is on!

10. Last but not least (tell your parents, family)

More so than you think, family support for a musician on the hustle is very important. When I got the Superbowl announcement, it was such a crucial time for me. I am a very family oriented person and I realized that by telling my father I was making thousands and thousands and thousands of dollars, the whole vibe changed within my family relationship. The morale on your team is really important to success immediately after. My online publicist diamond media 360 stopped what they were doing and sent it out the next morning. All my friends were tweeting about it and texting me about it. I also got calls. Share the love with your friends and family. In the end of the day, thats all we really have anyway. right? It helps us when we are on a roll. Right after the Superbowl happened, i was announced for Paid Dues, SXSW and Daytrotter! 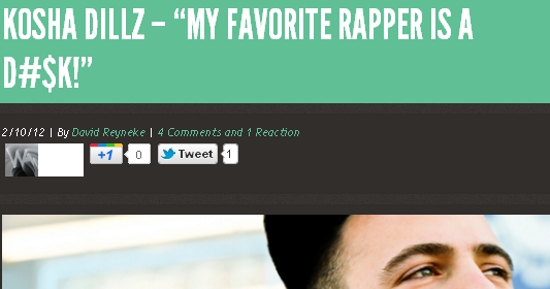 That was 10 ways to promote the promotion. Don’t hog all the info for yourself. Do As I say…and become world famous and filthy rich off your craft!

Stay tuned for my next article, which I’ll be delivering straight from SXSW! If you’re in Austin, come through for my OY VEY! PARTY on March 15th…the lineup is awesome!! 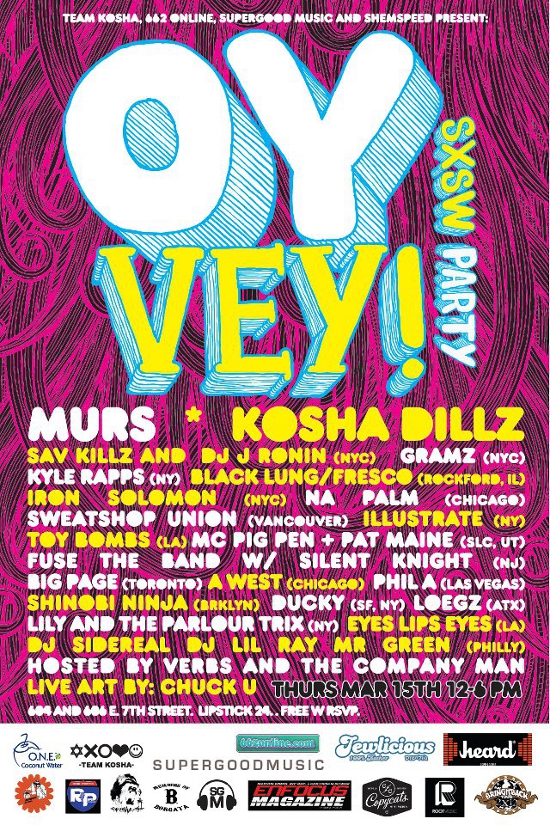