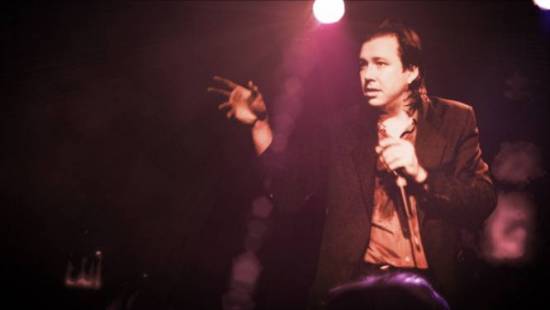 Apparently, it’s been a little while since I updated this here Audible Hype web-thingy. I’ve stopped doing artist interviews, stopped reading about music marketing, and most definitely stopped paying attention to the 50+ submissions hitting my inbox every day. The proper thing to do would be make a token gesture of apology, but shit, we’re all adults here.

The emails have been too heavy lately, though. Too many people asking “What happened?” and too many article requests to ignore. What follows, therefore, is a wide-ranging update on where I’m at, what’s changed, and what hasn’t.

1. Same Questions, Different Buzzwords. Audible Hype readers are familiar with my strong feelings about the diminishing returns on social media promotion. What’s the hot new social media platform in 2013? If you’re a functional adult, you’re not asking that question. Chasing your tail on a dozen different platforms, wasting your own time with repetitive work, and/or watering down your fan communication by cramming it across every channel you think of: this is all Stupid, and I hope that ain’t news to you.

2. What Matters vs. Mere Linkbait. Why did I stop writing for Audible Hype? There’s not a lot left to say. Looking over the articles people forwarded me this year, I can see the conversation hasn’t moved an inch since 2008. “Is Macklemore REALLY Independent?“ Is that something grown-ups lose sleep over? “Can musicians make money off streaming?” Sure, if your definition of “make money” doesn’t involve income that can actually support you in real life. Remember, nobody in this shitty line of work (music business blogging) has any incentive to simply answer obvious questions - no, they need to “keep the conversation going” because otherwise they’ll come to the same realization I did: there’s actually very little that needs to be said about any of this crap.

However: I will be resurrecting the artist interviews, with a more selective eye towards cats who have experience and something to teach, rather than just a product to pitch. Big thanks to those of you who have emailed me convincing (and vaguely guilt-inducing) arguments for Audible Hype as community service. You were right. I was wrong.

3. Gimmicks Aren’t Strategies. Rappers are still more interested in chasing trends than building foundations in 2013, and that’s a beautiful thing. Artists who complain about the state of hip hop aren’t thinking seriously: do you really want every motherfucker who thinks he can rap actually competing with you for resources, earholes and eyeballs? Be grateful for the status quo, and put your energy into building your own distinctive product for your own distinctive audience. If your heart is set on getting famous off McDonalds rap, maybe you should focus on something more realistic, like a professional basketball career.

4. What Hasn’t Changed in 2013? Hip hop itself: more artists are still competing for less money every year. ReverbNation is still for amateurs who plan on staying that way. Facebook is still a losing battle unless you feed Zuckerberg your credit card with every post. Myspace is still not dead. Bandcamp is still the best option for new & independent artists who lack the time, skills and capital to set up their own professional websites with payment processing. Twitter spam is still suicidal behavior. The United States economy is still suffering badly and yet, despite all that, human beings still have an innate need for new music and they’ll spend money on what they love even if it means skipping meals.

5. What Has Changed in 2013? Square, Stripe, Braintree…the overhead costs and barriers to entry for doing professional & secure business transactions with your fanbase have diminished considerably. If you’ve got the volume to justify it and the tech skills to make API look easy ‘cause it is, you can build your own Bandcamp in 2013 and pocket the difference. That difference is over 10 points, too; an incredible margin by any standard.

6. What Am I Doing in 2013? We’ve been working damn hard on World Around, and quite quietly, too. I am a poster child for missed deadlines so I haven’t been promoting anything in advance, even the projects that are completely in the can. This has already turned out to be a wise decision, since Custom, the sound engineer we’ve been using for 3 years now, landed a dream job as the touring FOH engineer for a major metal band. (If you don’t know about Non-Disclosure Agreements, google it.)

7. What Should I Be Working On? Songwriting trumps any amount of marketing. Great graphic design trumps any amount of social media spending. Art always wins. So perfect that. Take yourself seriously when nobody else does — and if anyone starts joining you, stop immediately. Mutate constantly and challenge yourself daily.

Good luck in the Kali Yuga.